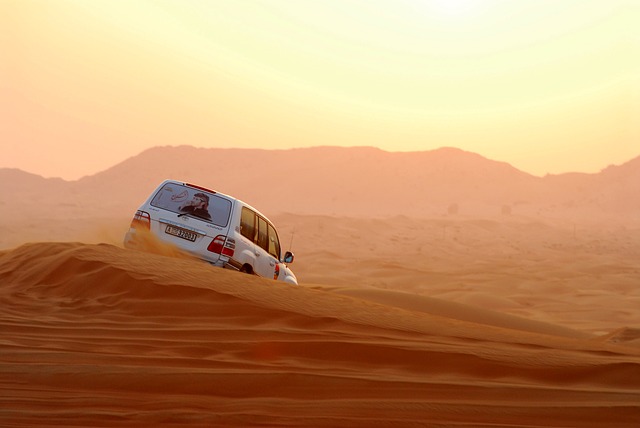 In today’s time, people can fly to any part of the globe for a vacation, the most popular of which are trips to all parts of Europe such as Italy, France, Germany, Greece, Ireland, and Austria.

However, only a few know, and many take for granted, of the beauty found in the Middle East. One city which showcases the beauty of Middle East is the city of Dubai, with its great desert safaris.

1. What is special about Dubai’s desert safaris?

Despite what other people say, Dubai is one of the finest cities in the world. It is a developed city with a recognized system in trade and commerce, making it one of the most industrialized cities in its region.

However, what makes it more special, in comparison to some of the most famous cities in the world, is its unique feature of being established in the middle of a desert. Its beauty lies on how the city was planned and established with great artistry in its architecture while nestling in the center of a wide desert.

Though to some, this unique trait is a disadvantage, lying in the middle of the desert seems to be quite an advantage for Dubai and its people. Due to this feature, fun seekers and adventurers have the chance to explore and do some major outdoor activities.

Moreover, there are a lot of places in the city, where people can embark on with their desert safari. These desert safaris are complimented with the rustic Arabian countryside, making it more special and worth doing.

Dubai’s desert safari usually starts while the sun is lowering down, casting shadows in the sand dunes. A few hours after that, the purple Arabian skies beckon any traveler to enjoy its blanket while camping in the middle of the dunes. Don’t forget to find a Dubai desert safari to enjoy your experience.

2. Where can tourists get their safaris selected from?

Where can one book a safari in Dubai? There are a lot of options for tourists to choose their safaris from; the most convenient places are the hotels and resorts where most people stay at.

If a client requests for it, any hotel can organize a trip, with guides to accompany the client from start to finish. The trip usually starts in the late afternoon and returns at night. During the trip, the roads are usually bumpy, especially while reading a jeep, but watching the picturesque countryside is worth any bump on the road.

3. What can people enjoy when experiencing desert safaris?

Safaris are a great chance for tourists to see camels ferrying other tourists in the middle of the desert. If one wants to, one can mount and dismount a camel, which is safe and well-bred.

Aside from that, this late night adventure usually entails visiting souks in the middle of the desert, as well as sampling delicious Arabian cuisines as dinner. This is accompanied with a lot of entertainment, some of which includes folk dances and music shows.

If you’re in luck and lands somewhere a bit farther from the city, one can view the beautiful sparkling stars and the vast space of a sky while sipping on liquor. Though it can be a bit expensive for beer, it is refreshing to gaze at stars in the middle of the desert.

Before going back and turning in on the hotel, one can shop for a few things to remember the visit by.

To sum it up, Dubai’s great desert safari is a fulfilling way to experience a different side of the city.

It shows the unique beauty of Dubai, which is different from what it is well known for, a city showcasing great architecture and where people will delight in shopping. Lastly, it makes people appreciate something new and different from what is usually raved about by many.