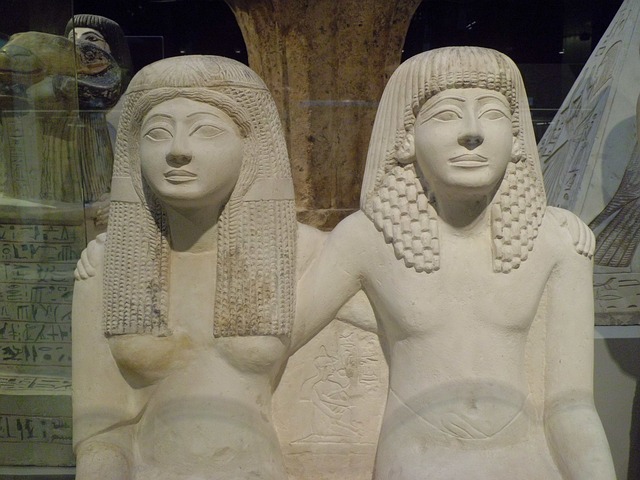 You want an adventure that will fill your thirst for history and adventure? Visit Egypt. The oldest tourist destination on Earth, the Land of the Pharaohs is an astonishing destination that offers mysterious and breathtaking sights that will transport you to the ancient time.

Exploring the ancient land of Egypt never fails tourist as it allows them witness astonishing colossal monuments, refreshing beautiful rivers under the warm, soft sun, not to mention sightings of famous monuments in the world. However, more to sightseeing destinations, there is a long list of things to do in Egypt such as safari adventures, scuba diving, walking into its white sandy beaches, green travel through eco-lodges, and visiting the country’s spiritual monuments.

To enjoy your trip in Egypt, here are five exceptional places you can go to the ancient land.

Located at the city of Cairo, Egypt, the museum contains the world’s most extensive collection of ancient Egypt’s artefacts and antiquities. The Egyptian Museum is the most visited place by tourists in Egypt considering that many comes into the land to learn its ancient way of life.

The iconic relics of Egyptian pharaohs including the remains of King Tutankhamun are taking much interest as well as the artefacts that was also found in his tomb.  You can also marvel with the priceless pieces of jewelry, art objects, royal mummies, statues, and funeral masks carefully curated in the museum. The objects in the Egyptian Museum dates back from the prehistoric through the Roman Period, and approximately covers 160,000 to 500,000 items that defines the Egypt’s glorious past.

Do not leave Egypt without visiting this amazing museum. Whether you go alone or you bring the family, the experience is definitely priceless.

2. Valley of the Kings

The resting place of many pharaohs of Egypt during the New Kingdom, the Valley of the Kings was built for the powerful nobles and Kings of Egypt back to the 18th to 20th Dynasties of Ancient Egypt. The valley is located at the West Bank of the City of Luxor in the ancient site of Thebes, and is renowned to be one of the most remarkable archaeological destination in the world.

Because of its archaeological riches, the Valley of the Kings is still excavated until these days. Visiting the place is truly fascinating as you can see the works of great artisans of the ancient world. One of the most popular archaeological site found in the place is the tomb of King Tutankhamen that became a subject of movies and many stories. Moreover, many of the tombs found in the valley are decorated with scenes from the Egyptian mythology where the beliefs and rituals of ancient Egyptians are intricately shown.

Abu Simbel is a temple located in the West Bank of Nile and South of Aswan. The temple is built out of two massive rocks, carved in the mountainside during the reign of Pharaoh Ramesses the Great. Like any other sacred monuments in Egypt, Abu Simbel was built to honor the gods of the nation, only that it also honors Ramesses, his queen Nefertiti, and his favourite children.

If you love history, Abu Simbel place will leave you in awe for its incredible ancient Egyptian architecture.

An exciting adventure should not end without relaxation. Dahab is one of the most outstanding place to visit in Egypt, as it is home to prime beaches and resorts in the country. Located about 85 kilometers north of Sharm el-Sheikh on the Gulf of Aqaba, near the tip of Sinai, Dhab offers a refreshing and spectacular coastline that invites its visitors to try its dazzling waters under the warm desert sun.

Diving in Dahab is one of the world’s best because of its rich marine life showcasing variety of corals and fishes. Wind surfing, scuba diving, and snorkelling are just some of the many things you can do while exploring the beauty of Dahab.

The largest temple of Luxor, Karnak is the main place of worship in Egypt back in the 18th dynasty of Theban Triad. It was built during the reign of Senuret I in the Middle Kingdom until the Ptolemaic period, but its construction reached the dates of the New Kingdom.

Karnak is the 2nd largest ancient religious site in the world. The complex is a vast open-air museum, and has a major site, the Temple of Amun. The site is consisted of obelisks and statues of rulers and gods. Even though it is now badly ruined having been enduring ages, it only added its character being one of the most popular tourist destination in Egypt and in the world.

Visit Egypt and enjoy a one of a kind experience!