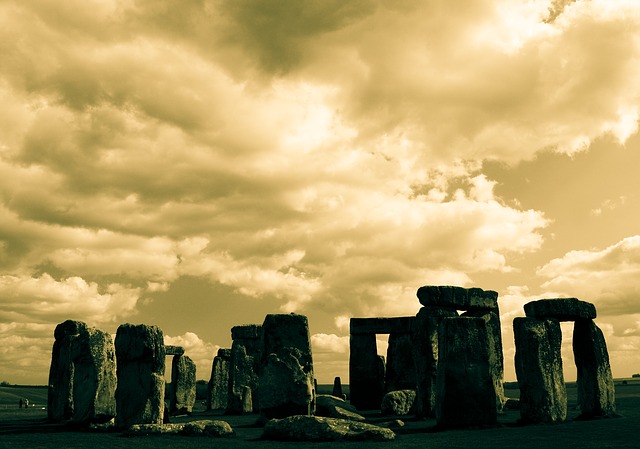 England is the largest nation among the four “home nations” that make up the United Kingdom. Being a popular tourist destination, travelers from all over the world land in the country in all seasons year round. There are plenty of tourist attractions the country; from the astounding ancient royal castles, gardens, lakes, and mountains there are plenty of amazing destinations you can explore.

Food is also great in England. Tasting local delicacies along with tasty native country wines, you will definitely be delighted that you visited England. So if you are planning to visit this lovely destination anytime soon, here is our list of all-time favourite places in England to spend a wonderful vacation.

Built for about 5,000 years, the Stongehenge is an ancient monument considered as England’s national treasure. It is a stone formation located on the Salisbury Plains characterized by a massive circle of standing stones and earthworks in the middle of a vast green field.  The Stonehenge is one of the wonders of the world that lies a great mystery as different theories was formed discussing its origin. Some even say it was built by the aliens, as there are also researchers that it is a center of pagan worship in the ancient times.

For whatever the reason of the Stonehenge’s existence, we may not be able to figure it out. But the thing for sure is it is a destination that will leave you amazed.

If you have watched the film Hugo starring Asa Butterfield, you will see the Big Ben in its old-time grandeur. Big Ben is a nickname for the Great Bell, the clock at the north end of the Westminster’s Palace in London. The clock’s movement is famous for its reliability and becomes a symbol of United Kingdom. With the many tourist visits every year, the iconic clock also symbolize the city of London. If you want to visit England and experience sight-seeing at its finest, you should not miss this iconic 150-year old towered clock.

This royal residence at Windsor in the English county of Berkshire, it was often called the oldest and largest inhabited castle in the world and the official residence of the Queen Elizabeth II. The castle has its own rich history that moulded the country and its people.

Visiting the castle with the family promises a lot of fun as there are activities you can try at the castle. Do not forget to bring a camera to capture beautiful spots of the place. With the castle’s friendly staff, you will definitely be pleased to visit this grand destination in England.

The Hadrian’s Wall is great wall built by the Romans to defend the colony of Britannia from the tribes of Scotland during the rule of Emperor Hadrian in AD 122—serving as a custom post for military purposes. Museums, Roman sites, forts, and countless milecastles are some sight you can marvel with while you explore the historic site.

Immerse yourself in the history of the place by joining a walking holiday on Hadrian’s Wall Path National Trail, a fascinating and rewarding tour that offers a unique experience, walking from coast to coast in one of Britain’s iconic landmarks.

Visit Lake District, and marvel with this attraction in the mountainous region of North West England, a picturesque lake and the largest National Park in the Cumbrian country. The lake itself is the main attraction that provides a dramatic, poetic, and inspiring scenery. A scenic place of natural riches, Lake District is one of the country’s

favourite places where you can do hiking, sightseeing, other activities that relates to a nature adventure.

The greatest Norman building in England, the Durham Cathedral has an incomparable setting and showcases a gorgeous architecture of Anglo-Norman-Romanesque style. The castle is one of Britain’s World Heritage Sites, and is undeniable one of the most visited tourist destinations in the country. The cathedral offers plenty of beautiful features including the Galilee Chapel dated from 1175. The north door of the cathedral bears a great bronze sanctuary knocker, and its nave is a massive series of carved pillars. Climb for about 325 steps to the top of the tower to enjoy the fascinating view of Durham and its surrounding areas.

More to the beautiful sights, the cathedral remains a Christian worship place until today. You can visit the church to attend a service.

Do not miss the chance to travel and experience the best of England. Visit the country today and share your story

This site is a participant in the Amazon Services LLC Associates Program, an affiliate advertising program designed to provide a means for sites to earn advertising fees by linking to Amazon.com.