7 Weird Snacks Around The World That You May Find Delicious 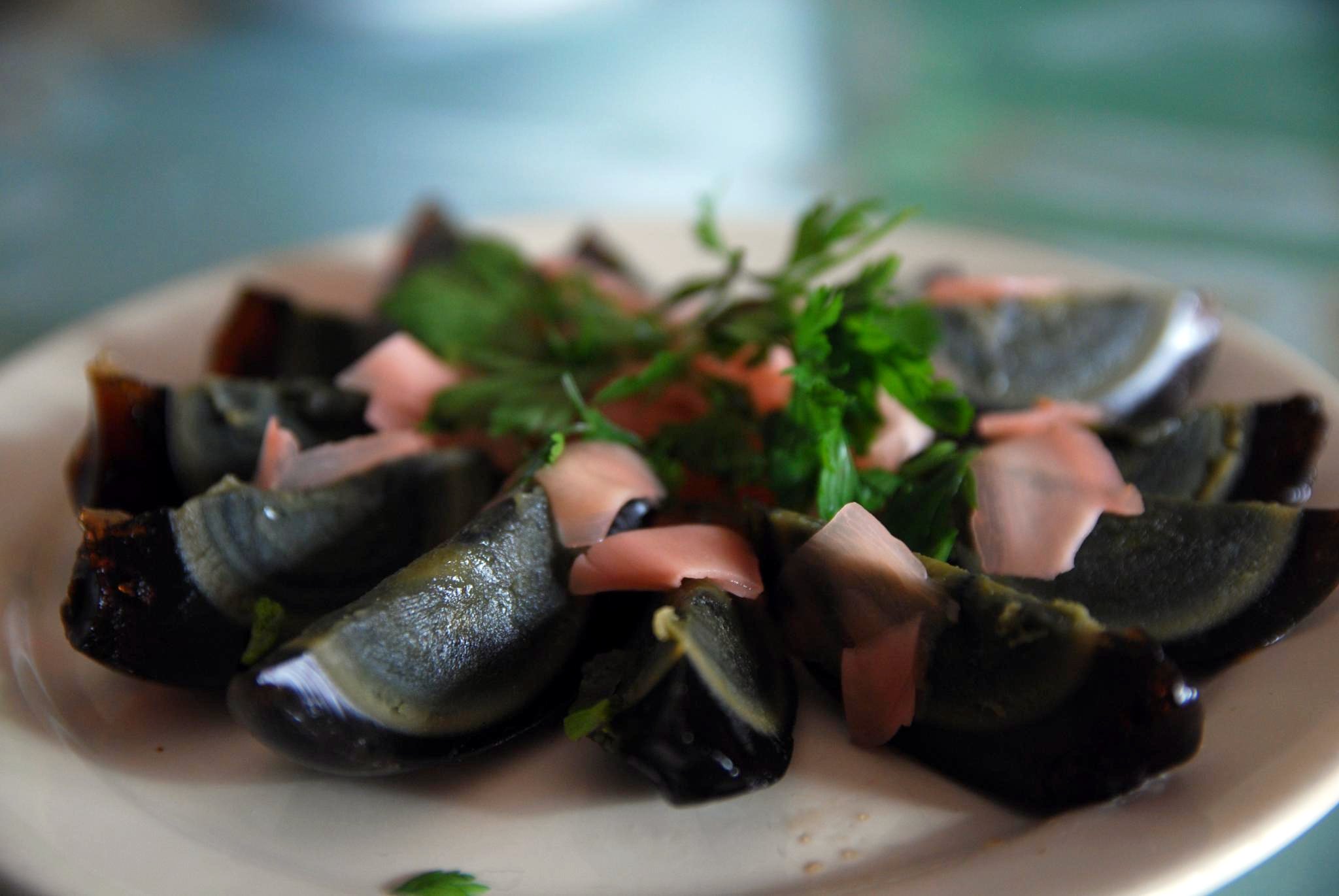 Tired of the usual fine dining or casual restaurants? Are you a food lover who wants to try bizarre foods around the world? Take the exotic food adventure! Here’s my lucky 7 must-try weird foods list:

This is one of my most favorite dishes. Century egg originated from China and duck, quail or chicken eggs are often used to make this dish. It is called century egg because it is preserved within a long time (several weeks to months) by covering it with mixtures of salt, quicklime, clay, ash and rice hulls. It’s good that groceries in my country are selling this and sometimes I crave for it and buy a dozen of these century eggs even these are more expensive than ordinary eggs.

All you have to do to eat this is use a spoon and break the egg in the center just like ordinary eggs and then, eat. It has a unique taste that I cannot describe. Personally, it is very delicious and I go for high quality century eggs because low quality ones tends to left a stingy taste on my tongue. 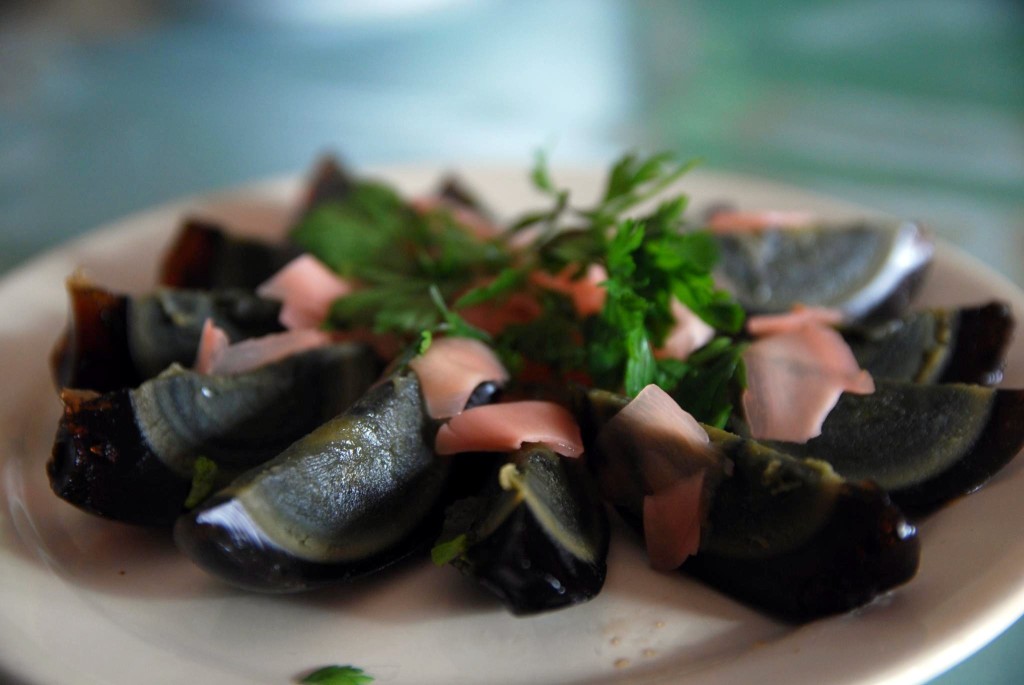 These looks crispy. You may probably feel the crunch when you eat these. These fried water bugs are usually sold in the food carts of Thailand.

To eat this, pull and throw the wings. Pull the body and the head until oozing juices come out from the body. After that, suck and eat all the meat of the bug’s body. (I know it sounds like bug’s bunny) 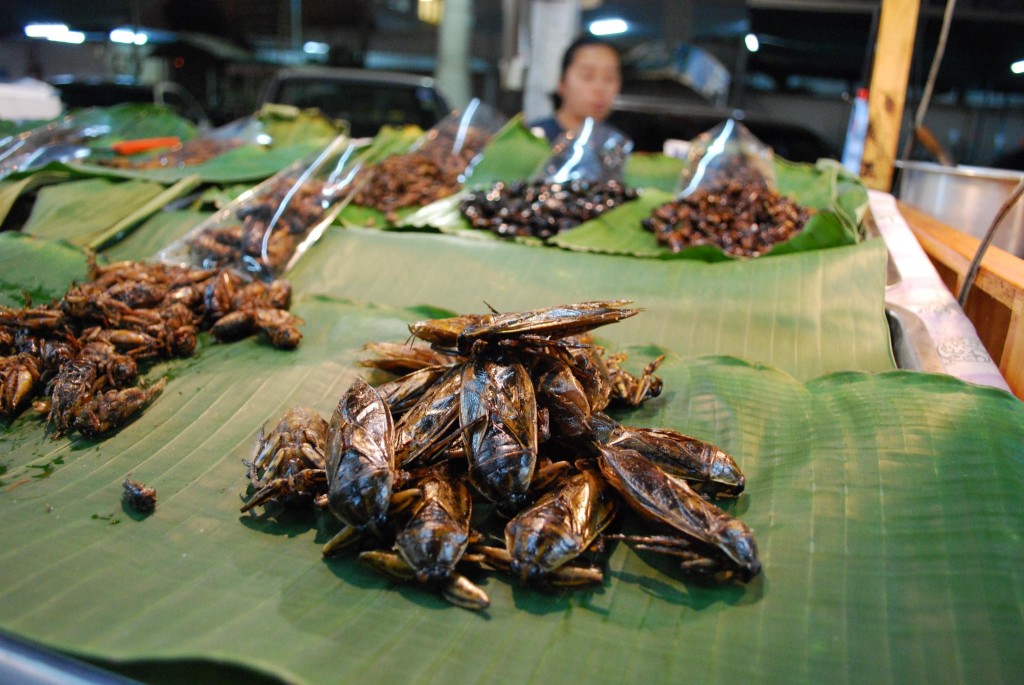 Many westerners order this yummy dessert. Imagine dipping a fried grasshopper in a chocolate fondue. What if Hershey’s and other large chocolate companies will sponsor an event where models and famous personalities are endorsing this kind of exotic milk chocolate? 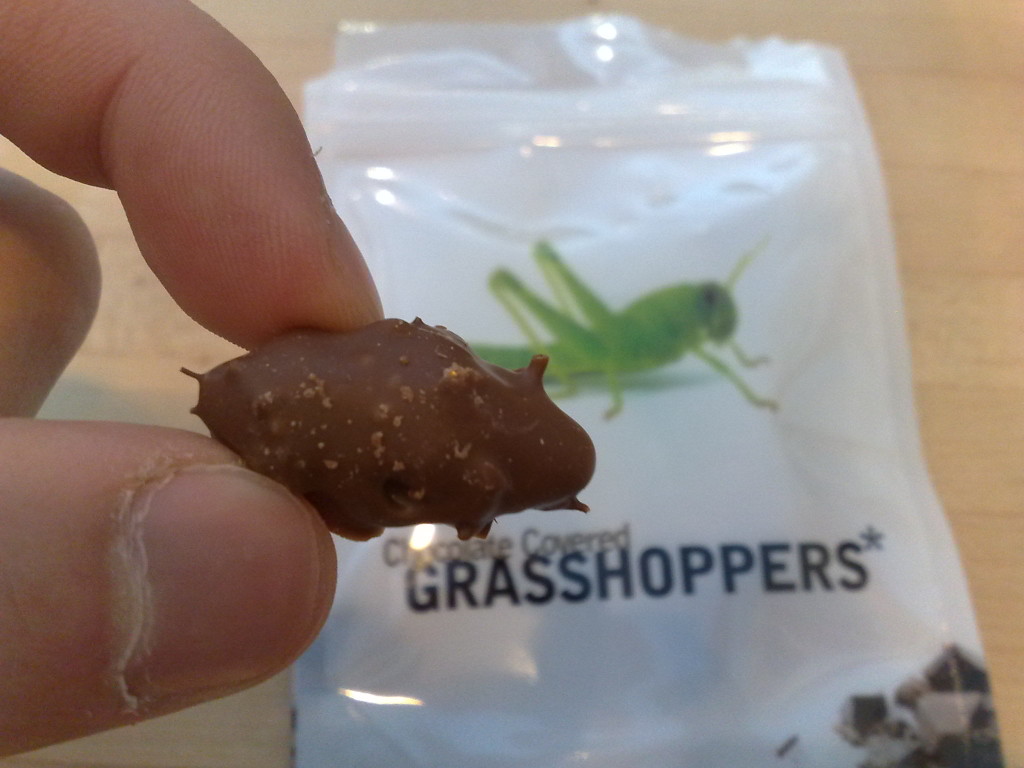 This tuna eyeball is served in restaurants and stores in Japan. This gelatinous food is cooked by boiling. Some may tell that it tastes like a bit of hard-boiled egg. You might want to slice its parts and garnish its bits to your other dishes. You can make a unique packed lunch by creating a tuna eyeball bento or maki. 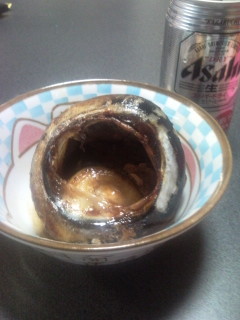 Cambodia’s fried snack. The spider species are called “a-ping”. This delicacy’s size is of a human palm. The taste is said to be like a cross of chicken and cod. If you want to eat protein-rich foods, this may be a good snack for you. Some eat these whole while others pull and eat the legs first. It’s better to eat the tarantulas by doing the latter because you might feel the legs jabbing at your gums. 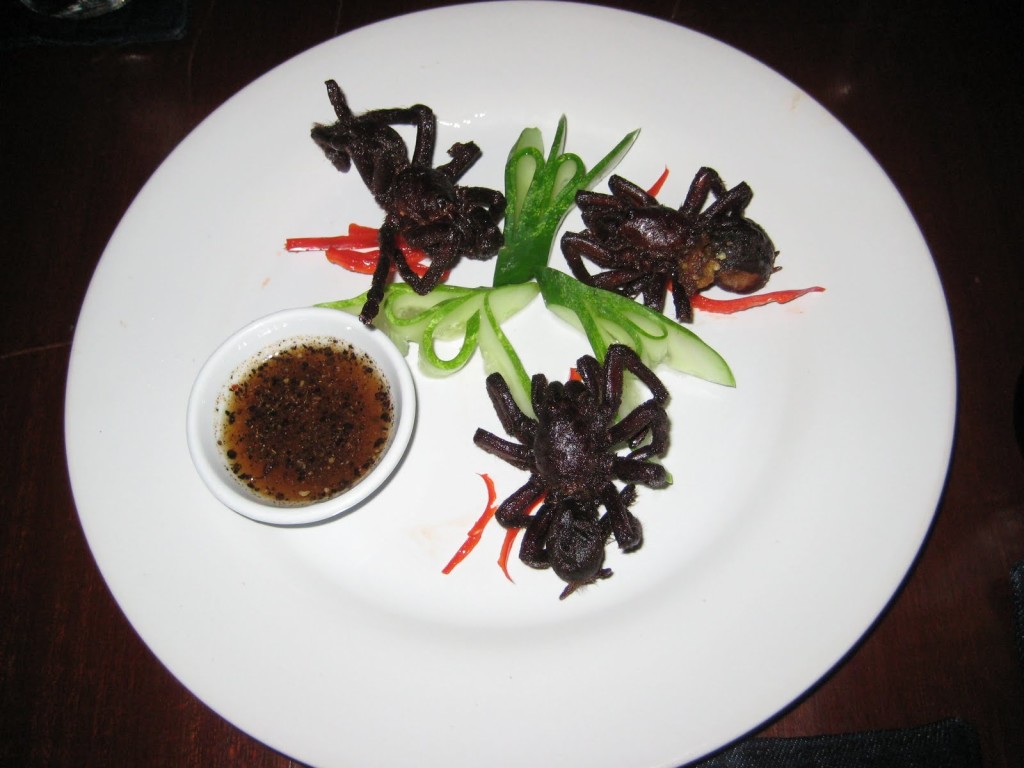 Hotlix candy store in California sells insect and worm candies and lollipops. You may also order online from them. They also have Insect Snax. Imagine eating a Larvets Original Worm Snax seasoned with cheddar cheese. It might be a good exotic alternative to Planter’s Cheddar cheese. It may be healthier to have these as snacks than the commercially available junk foods. 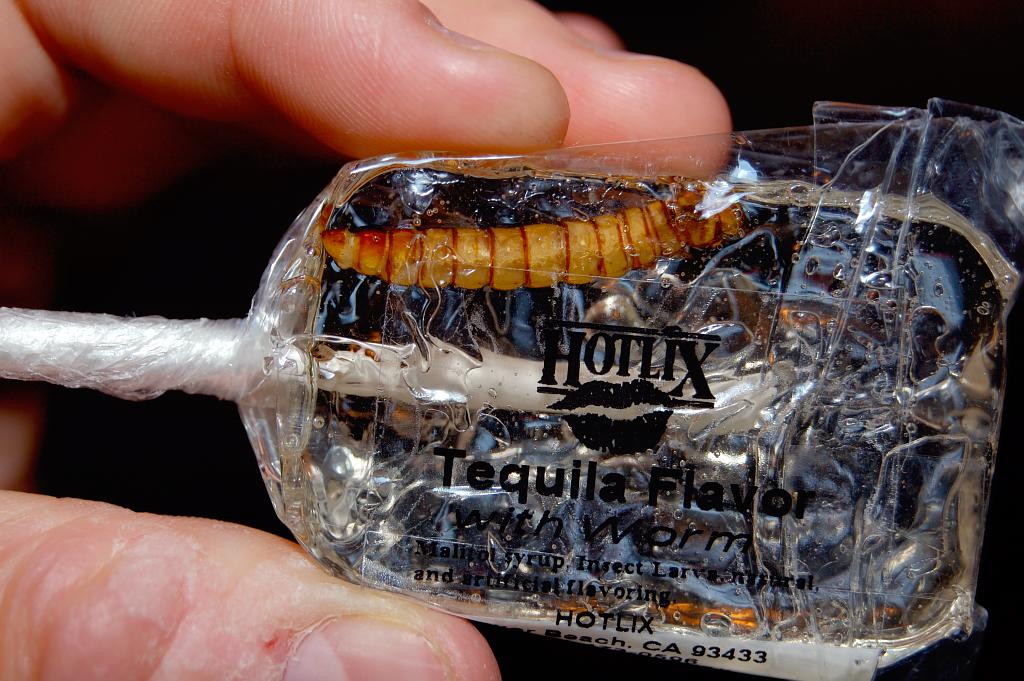 Balut said to be an aphrodisiac and can help strengthen human legs. It is usually served hot. To eat a balut, make a small crack on the top of the egg, sip the duck’s soup inside, continue cracking the egg and then eat the meat. Some balut might have a hard stone inside. If there is a hard stone on your balut, do not eat the said stone. For best tasting results, dip balut meat on vinegar or salt. You can also eat this with beer as your drink. 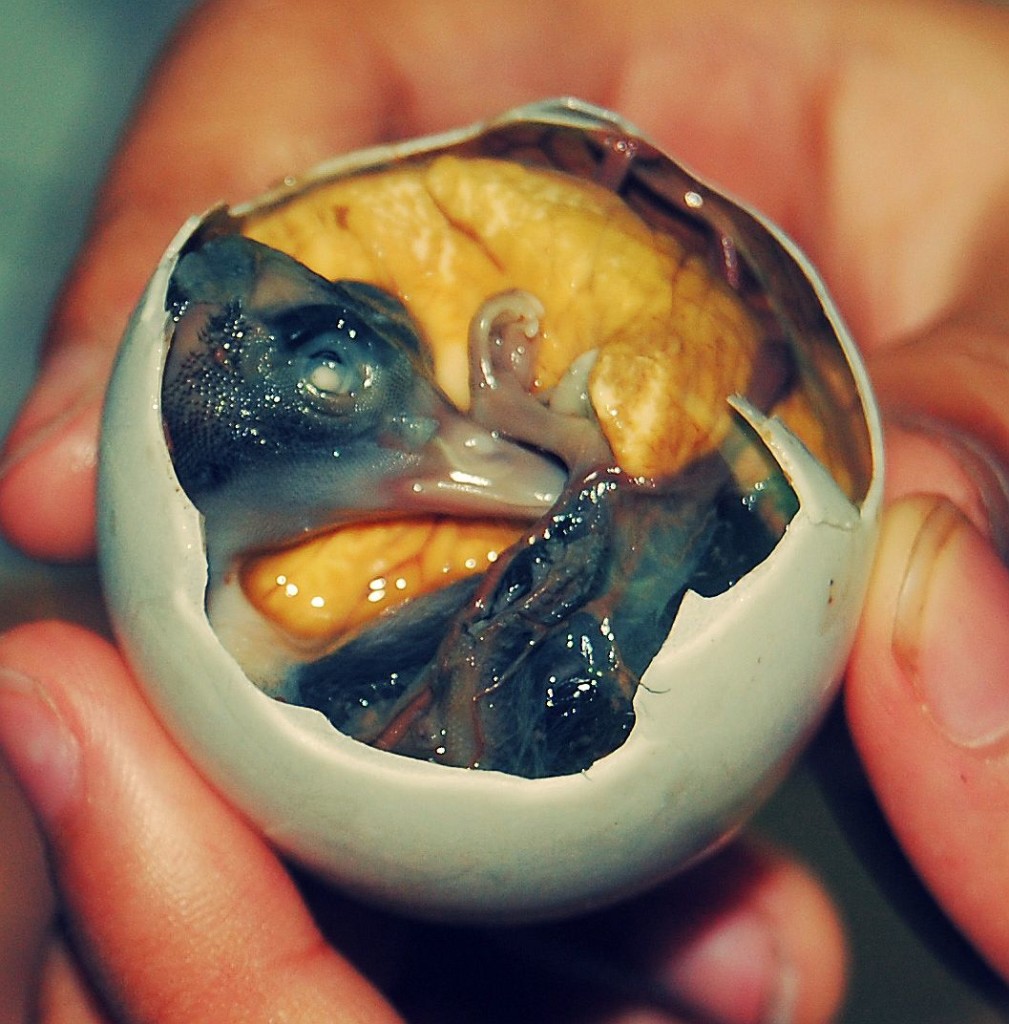 For exciting and thrilling food experiences, try tasting these exotic foods. You can also experiment recipes using these as ingredients for safety and incredibly bizarre dining experience.