5 Most Bike-Friendly Cities in the World 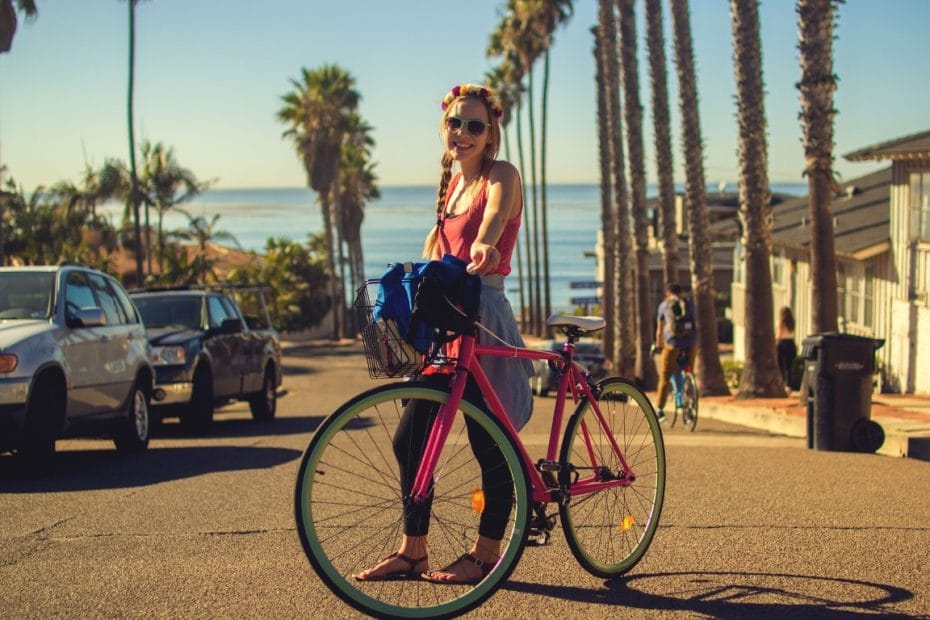 The phrase “planes, trains, and automobiles” often comes up in discussions about travel. However, one of our favorite ways to experience parts unknown happens on two wheels: We’re talking about bicycling, of course!

There are many reasons to embrace pedal power while traveling: For starters, it gives you an authentic, “up close and personal” perspective on your destination. It’s also faster than walking, easier than parking, and cheaper than many forms of public transportation. Plus, it’s a whole lot of fun.

But not all cities are created equal when it comes to getting around by bike. Read on for a round-up of five of our favorite bike-friendly destinations.

Along with other cities in the Netherlands like Utrecht and Groningen, Amsterdam is a perennial pick on roundups of best cities for bicyclers. Cycling is very much part of the Dutch way of life. More than a quarter of its population cycles every day, and there are actually more bikes than people in this charming city. Factor in flat terrain, 320 miles of dedicated bike lanes, and the popularity of electric bikes – Amsterdam is a cyclist’s dream.

With so many bicycles on the road – nearly 2 million alone between the hours of 8 am and 9 am – keeping up with the locals does take some getting used to. Before hitting the roads, take some time to understand the different types of designated cycle lanes and familiarize yourself with the proper hand signals to ensure the smoothest ride.

Copenhagen is widely regarded to be the best city in the world for cycling. With more than half of the city’s inhabitants using bikes for their daily commutes, some would argue that cycling is literally in their DNA. The same principles that make Danish design famous across everything from furniture to architecture add to a remarkable bicycle infrastructure.

Think you have to be a skilled cyclist to participate in Copenhagen’s most popular mode of transportation? Think again. Travel + Leisure writer Jeff Gordinier overcame his “sedentary inclinations” and hit the road on a rented bike that “looked like it’d been owned by Mary Poppins.” The experience was so successful that he has since declared it to be “the one thing every visitor to Copenhagen must do.”

While Paris lacks the strong cycling tradition of other cities on the list, its commitment to catching up in recent years has resulted in “profound mobility transformations.” More cycle lanes, bike-only routes, and car-free districts are among the factors contributing to how “the City of Light became the City of Bike.”

The official website of Paris’s Convention and Visitors Bureau recommends the following four routes, in particular: “classic Paris” along the Seine, “Parisians’ Paris” along the canals, the Left Bank from the Bois de Vincennes to the Bois de Boulogne, and “off-the-beaten-track Paris” from the Place de la Nation to Place de Clichy.

Paris also has the distinction of being the “world’s best city to bike after dark.” According to Spinlister, “True night biking in Paris (we’re talking about a start time right around midnight) allows you the freedom to revel in the magnitude of some of the most iconic monuments on Earth as if you were the last one to inhabit it…Alone against the backdrop of a near-black sky, they take on a solemn, natural majesty that’s as impossible to recreate during the day as it is to find in any other city.”

Giving Paris some serious competition? Strasbourg heralded as the “French cycling capital.” More than 6,000 bikes are available around-the-clock to residents and visitors alike through Strasbourg’s self-service bike-share systems. In addition to 330 miles of cycle tracks, Strasbourg also boasts a large car-free zone in its old city centre, making it an excellent destination for exploration. Abundant bike racks, a convenient contra-flow system, and mindful drivers round out the list of reasons why sightseeing in Strasbourg on two wheels is such a pleasure.

We’d be remiss not to note that France is home to many other cycling-friendly cities, as well, including: Bordeaux, Toulouse, Nantes, and Grenoble.

While Seville may not be the first city that comes to mind when you think of cycling cities, it’s “transformed itself into the cycling capital of southern Europe,” according to The Guardian.

Flat terrain, a sunny climate, miles of cycle paths throughout the city, and a public bicycle rental service make Seville an exciting new entrant on the scene. Raves CNN of its newfound status, “Amsterdam has long been hailed as Europe’s capital of cycling, but now there’s a new kid riding on the block: Seville.”

Some of Seville’s best scenic cycling routes, according to Culture Trip? Alongside the river, around the city, and the epic, 1,240-mile TransAndalus through all eight of Andalusia’s provinces.

If your dream vacation involves walking off your flight, hopping on a bike, and getting your pedal on, then your dream destination may well be one of these five cities.