Definitely Not For the Squeamish! Thaipusam—the Festival of Many Piercing 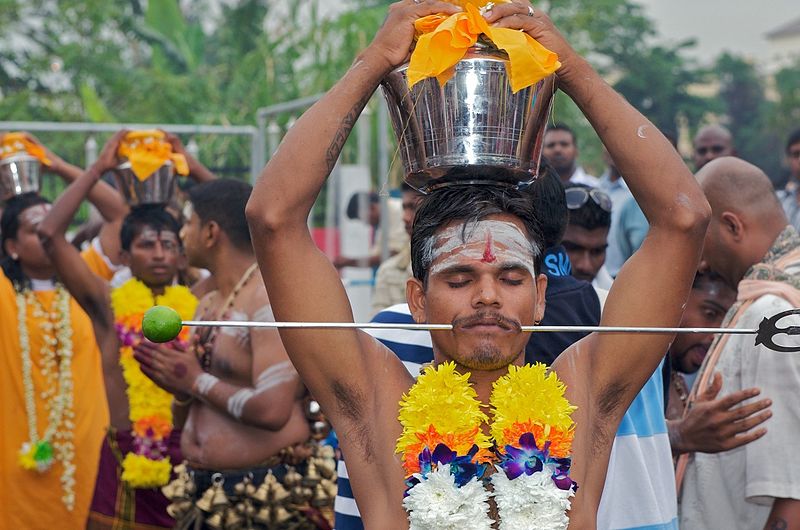 To have an opportunity to travel is a great one. It allows you to see the world in a different light, it allows you to meet people from different walks of life, and it opens your mind to possibilities you’ve never conceived in your imagination. Travel allows us to learn, that is why when we get a chance to visit a new land, we have to size it. To learn a new culture is one of the best gifts travel can ever give you. As you go along with the locals, you will share the traditions they hold dear in their hearts, traditions that they preserve despite the threats of the modern world. 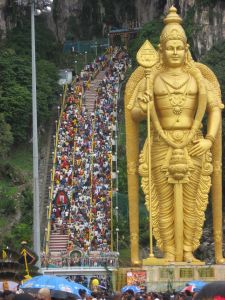 One of the best cultural experience you should try when you travel is the festivals. Festivals are the perfect depiction of the local’s culture and traditions, and aside from the enjoyment of festivities you will learn new stories…some will amaze you, and some will leave you in awe, some are just a little unorthodox that if you don’t really understand why people do it, you may think it is crazy.

One of the festivals that some people may consider “weird” due to its infliction of pain is the Thaipusam. Let’s learn more to this interesting and meaningful celebration.

Thaipusam is a festival annually held during the full moon of “Thai” or the tenth month of the Hindu calendar. It falls in mid-January every year and popularly celebrated by the Tamil community in countries like Singapore, Malaysia, Sri Lanka, and others. The festival is a thanksgiving for Lord Subramaniam for answering the devotees’ prayers, thus they give back their worship through penance in the form of piercing.

The word Thaipusam came from the combination of the name of the 10th month, Thai, and a star called Pusam. This star is on the highest peak during the festival, thus with great significance for the Hindus.

The Story behind Thaipusam

Thaipusam is celebrated for the Hindu god Subramaniam, son of Parvati and Shiva, the god of destruction and rejuvenation. Shiva, answered the pleas of the Devas (celestial beings) who were constantly attacked by Asuras (nature spirits) and sent his son to defeat them. Parvati is believed to give her Subramaniam a Vel (a divine spear) so he could defeat Soorapadman, the evil Asura that torments the good souls.

When Subramaniam defeated Soorapadman and the Asuras, it was said that he appeared to those who plead to his father wearing brilliant jewels with a golden sphere and a chariot. Subramaniam is also referred to as Murugan, Shadanana, Sanmukha, and Guda.

There are varying versions of the story of Thaipusam but basically, it is a celebration of triumph over evil!

How Thaipusam is Celebrated?

There are different forms of celebration and commemoration of the god. There are devotees who simply offered orange coloured flowers, fruits, milk, etc, and carried these things on their shoulders to different Subramaniam temples.

Many devotees, however, take this festival more seriously than the others. These people pierce parts of their bodies, like their noses, tongues, and even piercing one cheek through the other! The piercing of the tongue disables speech, and therefore, concentration to the sacrifice is uninterrupted.

Others try to pull heavy objects, even chariots, by attaching hooks to their bodies. All these because according to them, you will be more blessed if you feel more pain during the sacrifice. In preparation for this festival, people clean themselves through paying, fasting, and abstinence before the festival.

If you are a little squeamish, you might want to take your graceful exit from the scene. Some of the devotees’ piercings are extreme and it is quite unlikely to cringe while watching them as it is a religious celebration.

Thaipusam is a popular tourist event when celebrated in Malaysia and Singapore. In Singapore, devotees start to fulfil their vows early in the morning as they parade to the Sri Srinivasa Perumal Temple, one of the oldest temples in Singapore dedicated to the Hindu god Vishnu.

The Tamil community in Malaysia perform the ceremonies in various locations. The most popular is the Batu Caves near Kuala Lumpur where more than a million devotee flock to join the celebration.

The festival is not an exclusive Indian affair for Chinese believers and other nationalities also come to participate in the event.