Gardens of Japan: 9 Amazing Gardens You Must See! 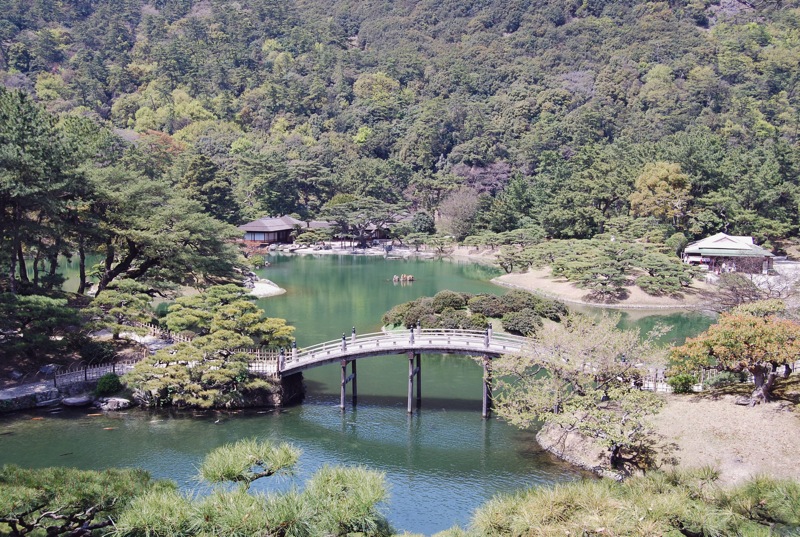 Viewing the gardens of Japan is one of the many favorite activities of the Japanese and tourists. Activities such as hanami (cherry blossom viewing) in the spring and koyo (autumn leaves viewing) in autumn are best done in parks with beautiful gardens. Walks are best enjoyed inside gardens as well as doing other leisure activities. For centuries, Japan has held garden designing as a very important form of art. There are a variety of styles of gardens made for a different purpose. There are strolling gardens and dry stone or Zen gardens that you can find across Japan. There are also great gardens found among the top tourist spots in the country.

Gardens were typically built for the leading classes for several purposes mostly for recreational purposes or religious ones. The change of Japan throughout its historical periods can also attribute to its changes in garden styles. There are many famous gardens in Japan that exists today. Kyoto is one of the best places if you want to go garden viewing because of its many beautiful gardens.

If you are interested in taking a walk through some of the gardens of Japan, here are nine amazing gardens you must see: 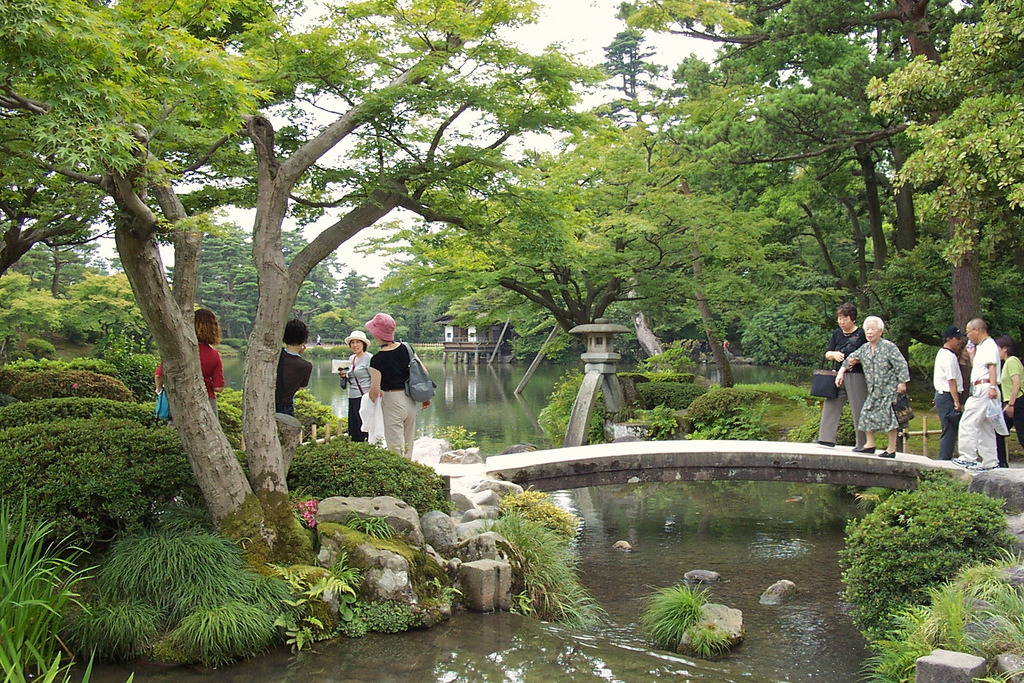 Kenrokuen is known as one of the most beautiful landscape gardens of Japan if not the best of them all. It is located in Kanazawa. It used to be the outer garden of Kanawa Castle and was opened to the public in 1871. Kenrokuen means “Garden of the Six Sublimities”. It refers to the spaciousness, artificiality, antiquity, seclusion, abundant water and broad views. According to the Chinese landscape theory, they are the six attributes that make a perfect garden. The garden features several ponds, waterfalls, bridges, streams, trees, stones, flowers and teahouses. There is a water system that was constructed in 1632 so that water from a distant river is diverted to the streams and rivers of the park. You can take a Hokutetsu bus from the Kanazawa Station East Exit bus stop number 3 and you will reach Kenrokuen after 15 minutes. If you have the Japan Rail Pass (for foreign tourists only), you can ride the JP buses from Kanazawa Station (East Exit bus stop number 4) that sets off every hour. 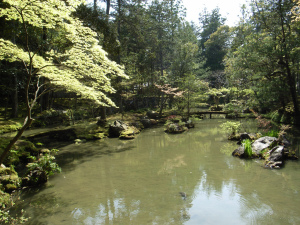 Kokedera (also known as Saihoji) is a UNESCO World Heritage Site in Kyoto. If you want to visit the temple, you would need to send a mailed reservation in advance. Kokedera means Moss Temple. It refers to the garden found in the temple that has around 120 different moss varieties. Priest Muso Soseki, a Zen priest, is credited for creating the gardens in Kokedera. You can join some of the temple’s religious activities. You can contribute to the observances of kito and shakyo (the chanting and copying of Buddhist scriptures or sutra). This entire activity may take over an hour and requires sitting on the floor so you need to be prepared. Copying the scriptures is not that hard even if you have no prior knowledge of Japanese calligraphy. You can reach Kokedera by walking for about 20 minutes from Matsuo Taisha Station on the Hankyu Arashiyama Line. 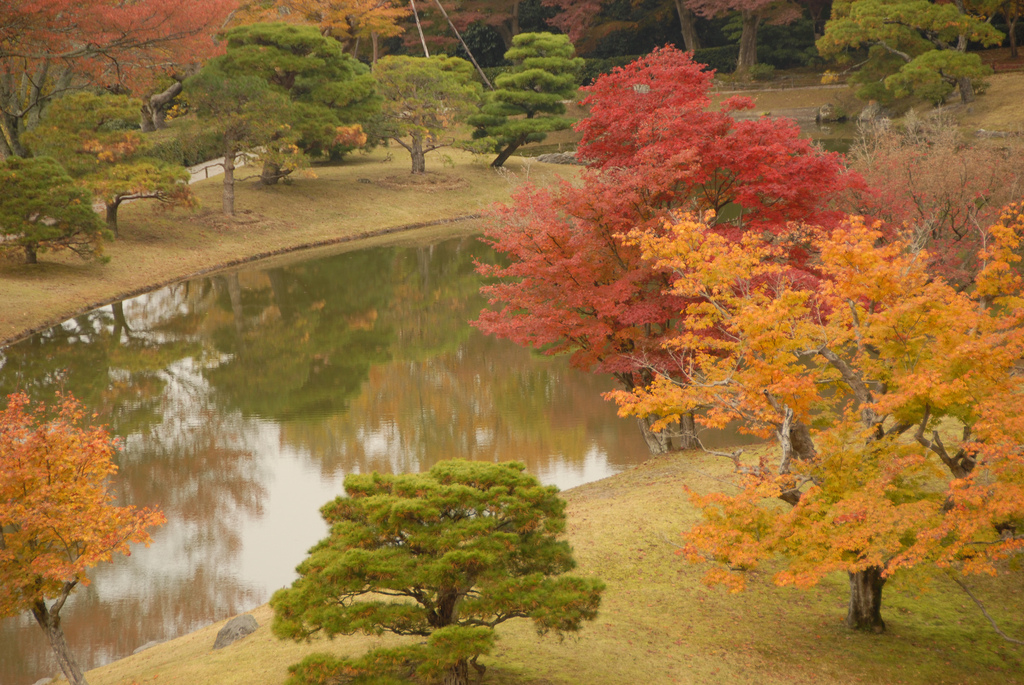 Shugakuin Imperial Villa (Shugakuin Rikyuu) is also located in Kyoto. It was built by Emperor Gomizuno in the 17th century. The villa is now being managed by the Imperial Household agency. Shugakuin’s name originated from a former temple that was built on the site in the tenth century. The Upper, Middle and Lower Villas feature buildings with the traditional imperial style. Each villa has its own beautiful gardens. You can visit Shugakuin through a guided tour. You need to book in advance for the tour. The tour around Shugakuin lasts for about an hour and twenty minutes. You can use an English audio guide during the tour because the tours are only offered in Japanese. You can’t enter any of the Imperial properties in Japan but you will be able to see the architectural design of many buildings. From the closest station, Shugakuin Station in the Eizan Railway Line, you can walk up to the villa’s entrance gates for about 15 minutes. 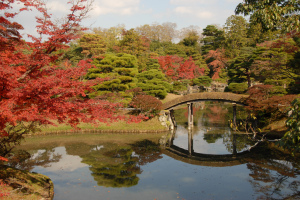 Another Kyoto destination, Katsura Imperial Villa (Katsura Rikyuu) is one of the best examples of a pure Japanese architectural style and garden design. The villa and the garden were made for the Katsura Family (a member of Japan’s Imperial Family). You can view the villa and the garden during the tours offered. It is also in Japanese only but has an English audio guide to help you. You will be traversing along the garden’s circular walking trail surrounding the central pond. Same as in Shugakuin, Katsura Imperial Villa buildings can’t be entered. Taking photos are only allowed on designated areas of the villa. Katsura is located 15 minutes away from Katsura Station. If you want, you can also ride the Kyoto City Bus number 33 from Kyoto Station and it takes about 20 minutes. 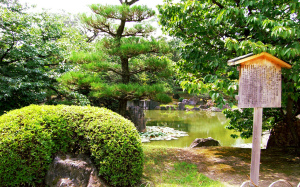 Nijo Castle (Nijojo) is another building located in Kyoto. It was built in 1603 as the residence of Tokugawa Ieyasu. It is a designated UNESCO World Heritage Site in 1994. You will be able to see Honmaru (main circle of defense), the Ninomaru (secondary circle of defense) and the gardens that encircle these buildings. The entirer Nijojo is surrounded by stone walls and moats. When you visit, you can enter the Nijojo through a large gate in the east. There are English audio guides available for you to rent. Inside the Ninomaru is the Ninomaru Palace which served as the residence and office of the shogun during his stay in Kyoto. The Ninomaru Garden is a traditional Japanese landscape garden with a large pond, ornamental stones and manicured pine trees. You can take a walk around the gardens and even climb up the stone foundation of the former castle keep. You will be able to see great views of the Nijojo’s grounds.

Looking from the inside of Adachi Museum of Art. Image Source: Flickr

Adachi Zenko founded the Adachi Museum of Art in 1980. It is located near Matsue. It was his way of combining his passion for Japanese art and garden design. It was a way to help piece together garden viewing and artwork to expand the people’s interest in Japanese art. Adachi Museum of Art boasts an award winning garden. It has been named as the best garden in the country since 2003 by the Journal of Japanese Gardening. You can enjoy a nice stroll in the garden at any time of the year and can also be viewed inside from the museum itself. You will find a collection of 1300 20th century works of art that are rotated seasonally. A permanent exhibit of Yokoyama Taikan’s paintings is also in the museum. There is also a ceramics exhibit that you can enjoy. 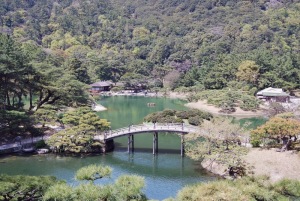 This landscape garden can be found in Takamatsu City in Shikoku. It was built by the local feudal lords in the early Edo Period and is considered as one of the best gardens in Japan. It is comparable to the top gardens in Japan. The large strolling park has many ponds, hills, ancient trees and beautiful pavilions that offer beautiful scenery. Set in front of Mount Shuri, it offers a wonderful backdrop of the beauty of nature. You will find a folk museum, a few shops and rest houses for you to enjoy. You can enjoy tea time while overlooking the beautiful ponds in the veranda of Kikugetsu-tei teahouse. 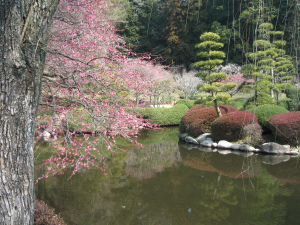 Kairakuen is one of the “three most beautiful gardens in japan”. It is located in Mito, the capital of Ibaraki Prefecture. Kairakuen is very famous for its over three thousand plum trees that give a beautiful backdrop of nature. The local lord Tokugawa Nariaki had Kairakuen built in 1841. The name Kairakuen means “park to be enjoyed together”. It was open to the public and not just for the ruling lord’s enjoyment. It is recommended to visit the park during the plum blossom season during Febrary to March. The thousands of plum trees have white, pink and red blossoms because of its different tree varieties. You can join the festivities of the Mito Plum Festival (Mito Ume Matsuri) held every February 20th to March 31st. Aside from its famed plum trees, there is also a bamboo groove, cedar woods and the Kobuntei (a traditional Japanese building) found in the park. The Kobuntei offers a great view of Kairakuen and the nearby Senba Lake. From Tokyo, you can ride a train from the Joban Line in Ueno Station to reach Mito. It is a one-way limited express train that takes a bit more than an hour. If you take the local train, the trip would be twice as longer. From Mito Station, you can take a 30-minute stroll along Senba Lake before reaching the park. 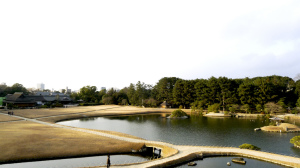 Korakuen is found in Okayama. It is one of the three “most beautiful gardens of Japan” that boasts a beautiful landscape garden. It is Okayama’s main tourist destination. The garden is located beside Okayama Castle. You will be able to see it from the park. Korakuen was built in 1687 as a place of entertainment for the ruling family and for receiving important guests. It was opened to the public in 1884. There is a pond, walking paths, streams and a hill that can give you a good vantage point. Korakuen also has spacious lawns, groves of plum, maple and cherry trees, an archery range, tea and rice fields and a crane aviary.

Taking a stroll in the beautiful Japanese gardens are worthwhile to the nature lovers and those who want to have a relaxing time. There are still many gardens of Japan that you should see. Make sure your next visit to Japan would be in one of these lovely gardens.