How You Can Find the Perfect Hotel in Prague Almost Instantly: 4 Things to Learn

Prague, being the capital of the Czech Republic and being one of the centers of a few cultural and valued attractions, is considered as the “golden city” and is well-acclaimed by many visitors and locals alike. However, there is a bit of a problem in choosing which hotel to stay in among the hundreds of different choices. Now, what to do?

In times like this, visiting the city itself is not a problem. Rather, the main dilemma is how to find the “perfect” hotel which suits your needs and taste among the many choices available.

If it’s your 2nd or nth time to be in Prague, then you might have an answer to this. However, if it’s your first time, there should be a few things you ought to know first before actually going to Prague and simply booking a hotel.

Here are 4 quick facts to guide you in choosing the “perfect” hotel:

1. After the many events that happened there, it was difficult to travel to Prague and to find a suitable accommodation.

Looking back into time, Prague has been one of the many cities which suffered several casualties during the Second World War. Aside from that, it saw through the Cold War as well.

Back then, entering and exiting Prague was difficult. Suspicion was everywhere and it was hard for many people to live by. Even if you were able to enter the city, it was quite hard to find accommodations and places to stay at.

A few years after that, the situation changed. But, most of the accommodations were quite questionable when it came to quality.

However, everything changed after the 90’s. Many of the hotels re-attained their honor and pride. Moreover, almost all of the known international hotel chains have had their own hotels located in Prague, a major boost to the quality of hotels.

Thus, there is no need to be scared of what may lie in Prague hotels. Instead, look forward to the many wonderful things you may see and experience.

2. Many of the hotels lie in the old city, most of which can be found near a walking distance of each other. 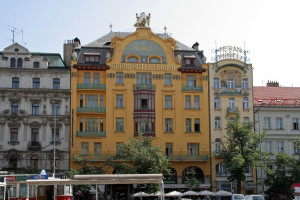 Upon arriving in Prague, it is not difficult to find hotels in the city. You can simply ask to be taken to the old city and you’ll surely find most of Prague’s many hotels. These hotels lie quite closely to each other, sometimes simply a few feet away. Thus, it will not be difficult for you if you want to try out each and every one of them or if you have business in another hotel aside from your own.

Moreover, Prague is a small city in itself. If you ever want to explore in order to know your way around, as well as to explore its many offers, you can always go on foot.

3. Many of the hotels are accessible.

Aside from lying close to each other, many of Prague’s hotels also lie on routes accessible after coming to the city.

Due to its extensive transport system, getting to the city is fast and easy. You can either reach the city by train or by plane, in which you’ll have to fly in via Ruzyn Airport. If that’s the case, several hotels lie in the direct neighborhoods, such as the Ramada Airport Hotel in Prague or the Esplanade Prague hotel

Moreover, if it’s the many historical and cultural sights you’re after, there are also several hotels which lie close to many of the town’s landmarks. Examples of this include the Savoy Hotel, Platan, and The Emblem.

4. Prague has a variety of accommodations, ranging from the very basic to the most luxurious.

Prague’s many accommodations are actually of a variety, ranging from simple camping spots to five star hotels. This means that you have a choice of whether you want to stay on camps, homestays, hostels, pensions, and different starred hotels. 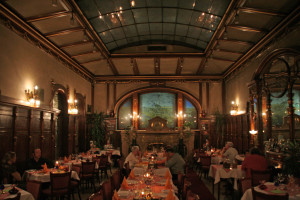 Having the highest number of five star hotels, Prague offers quite a list to choose from, including Aria, Art Noeveau Palace Hotel, Corinthia Hotel Prague, and Ventana Hotel.

Prague has quite a varied choice of accommodations, which is good since it can cater to a variety of taste and many preferences. Nevertheless, each and every one offers a unique and satisfying experience, which can only be found on the “golden city” of Prague.