It’s Not Your Ordinary Festival: Learn about the 2014 Burning Man in Black Rock Desert, Nevada 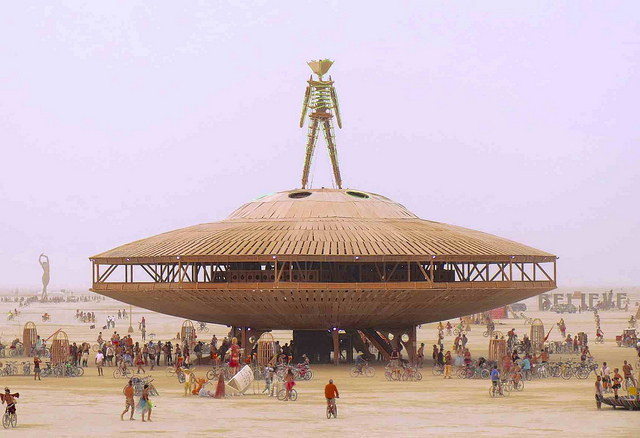 Call it crazy, but many call it amazing, the Burning Man Festival that recently wrapped up this year has been a successful celebration that was participated by tourists from all over the world, not to mention A-list celebrities like Will Smith, Candice Swanepoel, Michelle Rodriguez, and many others.

With the festival’s growing popularity, it can be that the many news of the Burning Man has already reached you. However, if it is your first time to hear it, you are may be wondering what the hype is all about. Learn about Burning Man festival, for if you are a traveler would be willing to come to Nevada next year to experience it yourself, nothing works better than coming prepared and informed.

What is Burning Man Festival?

Burning Man is an annual, week-long event in Black Rock Desert, Nevada, United States. The festival starts in the last Monday of August and ends on the first week of September, coinciding with the Labor Day in America.

The name “Burning Man” takes up from the ritual in which the festival is celebrated. It is primarily the burning of a large wooden man-shaped statue set alight on the Saturday evening of the event. According to its organizers, the festival’s purpose is to celebrate self-expression, self-reliance, art, and the spirit of community.

The Burning Man festival is nothing new in the long list of festivals celebrated around the world. Its roots could be dated back in the summer solstice of 1986 when it was a simple bonfire ritual started by Larry Harvey, Jerry James, and a few friends on Baker Beach in San Francisco. They burned a 9 ft. wooden man that grew to 15 ft. in the next year. In 1988, the “The Man,” as it was called back then, grew bigger and taller, reaching around 40 ft. and the participants are growing in number as well. As the ritual’s popularity grew among people who want to celebrate self-expression, the annual burning of the ‘Burning Man’ began.

In 1990, the festival became too popular that more than ten thousands participants are joining the event. With this huge crowd, the festival was moved to Black Rock Desert in Nevada to provide a larger space for the masses. 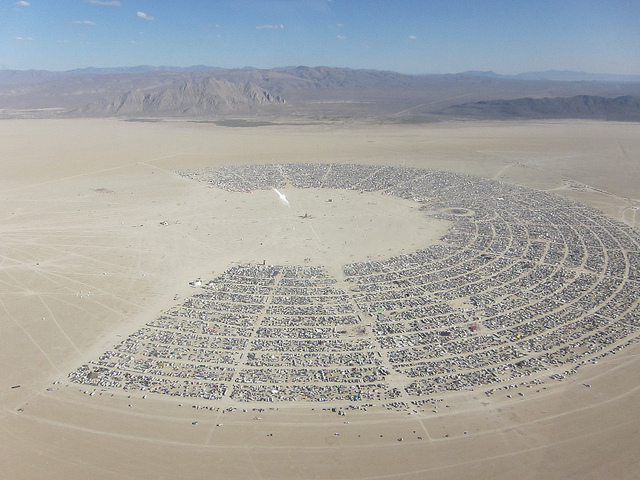 Burning Man is indeed not a usual festivity that you can normally experience in religious festivals. It is wild and lives true to its very purpose, to encourage self-expression. There are a few rules and regulations to be followed, and every participant are required to adhere to it. The organizers even readied a survival guide to ensure that everyone will have a great time.

Nevada’s Black Rock Desert becomes a city during the week-long event. There are art installations everywhere and from submarines to ducks, serpents, and chandeliers, there is a lot to see as you can create your own artwork in your camp. However, despite all the freedom of expression given, trashing is a big no-no in the place. The “Leave No Trace Ethic” is highly practiced in the festival, and you would not want to spoil other people’s fun by violating the rule.

This 2014, there are more than 65, 000 people who attended the Burning Man festival. Yes, the place is jam-packed from day to night and numerous art and music activities can be enjoyed.

In 2011, Burning Man festival founder Larry Harvey announced to transfer the ownership of the event to a non-profit organization called the ‘Burning Man Project.’ Its primary purpose is to uphold the values as described in the 10 Principles of Burning Man. According to the project’s official website, Burning Man is not simply an event, it is a way of life that should be lived according to the 10 principles. They are:

Planning to participate Burning Man festival next year? Visit the Burning Man website for information on ticket prices and to answer more of your questions regarding the event.