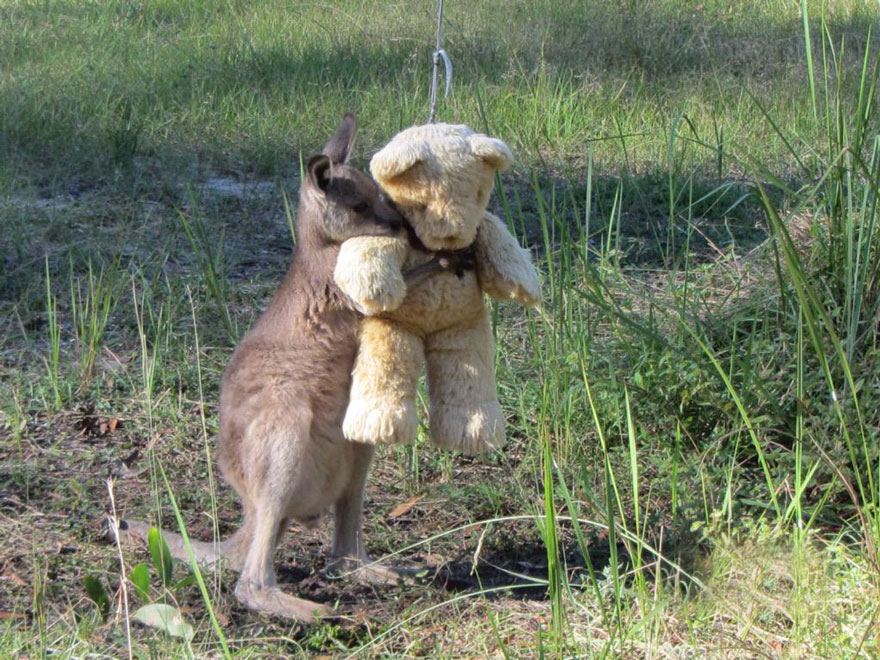 Even animals need friends, and this baby kangaroo is no exception. Tim Beshara, an adviser to Greens senator for Tasmania Peter Whish-Wilson, tweeted this adorable picture of an orphaned baby kangaroo hugging a teddy-bear on Tuesday. Named “Doodlebug,” the eastern grey kangaroo is being cared for by Gillian Abbott, Beshara’s mother, in the Northern Rivers region of New South Wales, Australia.
“He may have fallen out of his mother’s pouch or his mother may have died,” Beshara told the Daily Mail. “He was a couple of months old when he was passed onto my mother’s wildlife company WIRES. She has since nursed it back to health and it is now hopping around the forest and coming back for the occasional feeding or cuddle, as the image shows.”

The cord seen in the picture is tied to the teddy-bear, holding it up for the kangaroo to notice. 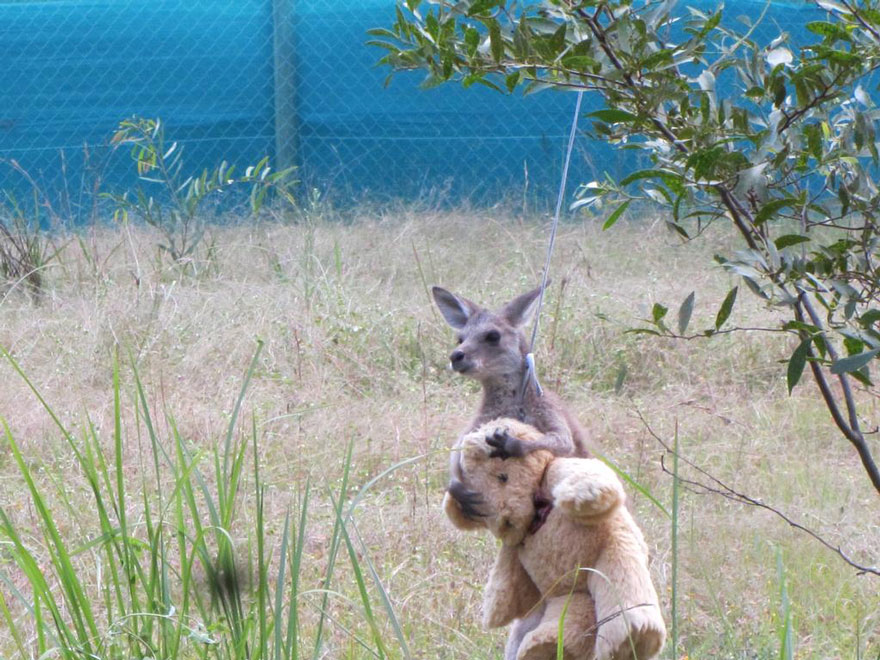