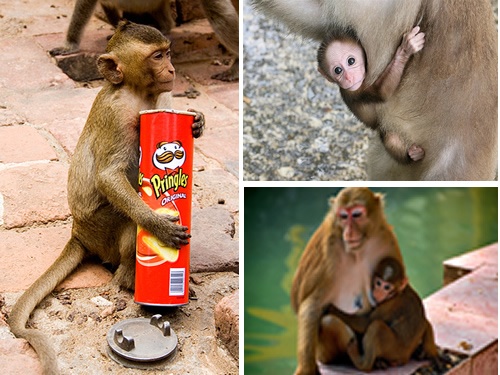 Many tourists from around the world loves Thailand. A tropical country of rich cultural heritage, majestic beaches, and friendly people, Thailand is a destination meant to please especially that you don’t need to have heaps of money to enjoy the place.

However, more to the beaches and the night-life of Pattaya, there is an interesting festival that attracts tourists in Thailand—The Monkey Buffet Festival celebrated annually on the 25th of November in the sleepy, ancient town of Lopburi.

Lopburi, also dubbed as the “Monkey City” is a popular travel destination for its laid back atmosphere. It is one of the oldest cities in Thailand, founded by King Kalavarnadish over a thousand years ago. Lopburi played an important role during the Khmer Empire. It also became home to the Thai ruler, King Narai the Great, cementing a great significance in the Thai history.

More to its heritage, what sets Lopburi apart is the numerous crab-eating macaques in the city’s Old Town. These monkeys are plenteous in the Phra Prang Sam Yot and Phra Kaan Shrine, and there is even an amusement park where tourists can buy snacks for these monkeys.

The Monkey Buffet Festival In Lopburi


Whether you believe it or not, there is a festival dedicated for the monkeys. Called ‘The Monkey Buffet Festival,’ it is celebrated annually in the city of Lopburi and has grown to become a major tourism event. You may find this surprising, but when you ask some locals about the cultural significance of this festival you will find that there is really nothing! The Monkey Buffet Festival is supposed for business—a creative and unique way of attract and increase tourists in Thailand.

However, you may ask why, of all the animals in Thailand to honor with a festivity, why monkeys? Interestingly, this is due to an ancient folklore that tells the story of Hanuman, a Hindu monkey deity who is believed to rescue a bride from a ten-headed demon. It was said that Hanuman discovered Lopburi, and these monkeys, the ones residing in Lopburi receiving a grand feast every year, are his descendants.

The Monkey Buffet Festival is literally a buffet set up for the monkeys. Tables with 2000 kilograms of food—cabbage, nuts, and myriad of fruits such as pineapples, bananas, watermelons and more, are all prepared for the delight of the monkeys.

The festival also offer plenty of activities in relation with monkeys such as music and dance. Monkey costumes and masks are worn by participants and monkey sculptures are sold all over the area.

As what we mentioned above, the Monkey Buffet Festival is primarily created to boost local tourism in Lopburi. The festival started in 1989 spearheaded by a local businessman. Nowadays, the festival became a major tourist event and travelers from all over the world come to participate and see these huge number of monkeys filling their stomachs. 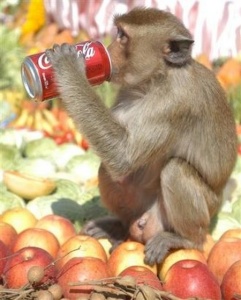 The Monkey Buffet Festival is definitely a unique event that will give you a new perspective on how monkeys are treated in Lopburi. It may be a strange festival, but promises a load of fun especially for people who loves animals.

These long-tailed macaques are very accustomed to human presence so tourists have no worries that they will shoo away seeing people getting near them. However, this could be a disadvantageous as well. They could be very aggressive and snatch glasses and wallets from tourists.

Keep an eye to monkeys hanging from trees and wires in the area. Some of them have unpleasant habit like defecating to unsuspected pedestrians. This is not impossible to happen considering the truckload of food offered to them.

Visit Lopburi in Thailand and enjoy Monkey Buffet. Lopburi is a three-hour train ride from Bangkok and entrance is to the Phra Prang Sam Yot Temple is 30 Baht. Tourists are given sticks to ward off too nimble monkeys.

What are you waiting for? Mark your calendar in November 25th and experience the festivities with the cute little monkeys. Where can you find a festival where monkeys are fed with jellies, candies, grilled sausages and with a can of Coke for a drink!

For more information on Thailand travel? Below are a few articles you may find useful:

5 Travel Reminders to Ensure an Unforgettable Trip in Pattaya

Family Travel on a Budget? 4 Top Destinations that Will Not Get Your Pocket Ripped!