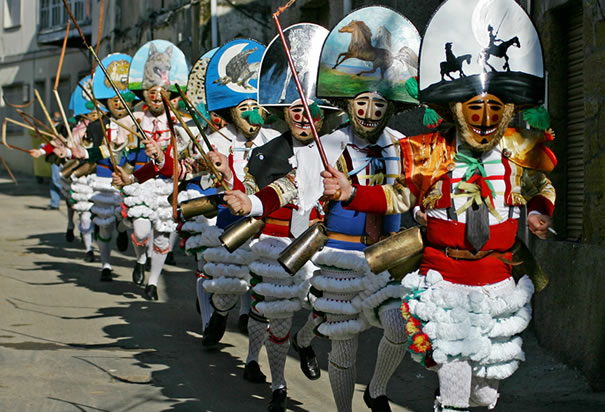 Every country in the world have a unique way of celebrating their culture and traditions. Through festivals, we learn how people value their heritage, and as we enjoy commune with the locals, eat their delicious delicacies, and celebrate the event with them, we value the differences that make our travels incredibly meaningful.

However, there are a few festivals with a “strangeness” level that might have gone overboard. Of course these festivals are celebrated for a purpose, as people will not unite to do such an event if there is none. Spain has quite a few of these strange festivals so if it is your first time to hear of them and you are used to festivals that only features dancing and eating…call it bizarre, weird, or spit all of the adjectives; but yes they exist.

Get to know these four weird festivals in Spain. It’s okay to be shocked, but remember to keep an open mind. 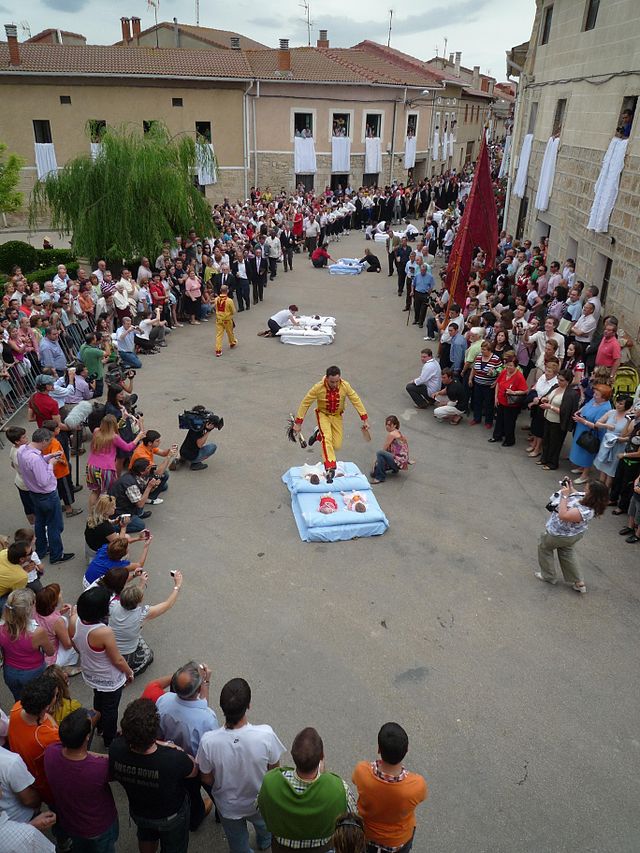 Spain’s Baby Jumping Festival, El Salto Del Colacho means the Devil’s Jump. This one of a kind festivity is practiced in Castrillo de Murcia, Spain since 1620. It did make me nervous—the name of the festival and how it’s done.

Anyone who has a new born baby can join. These babies are placed on beds laid out on the streets. There are 4 to 5 babies per bed, and these beds are laid out with a measured, uniform distance from each other. The babies are sprinkled with flowers and confetti… that’s not all. The “made me nervous” part is this.

Men, wearing yellow costumes dressed as the devil, run and jump over the babies. They don’t stop running until all beds with babies laid out on the streets are jumped over.

It’s a fun festival, I must admit, but it did make me think of certain possibilities like some demon-dressed man is going to trip and… you get the picture. But they were like trained track stars!

This festival is a celebration of the Catholic Feast of Corpus Christi. It is said to rid the babies of the original sin and keep them away from evil spirits in the future. After this breath-stopping festival, the town is said to be also cleansed from sin.

Still in Spain, in a little place called Galicia, they have their own version of Carnaval.

The festival falls on the three Fridays before Lenten Season. During Fridays, people run around with hay torches. If you don’t want to join he hay-troch gallivanting and reckless frolicking, you can stay indoors while throwing dirt from your windows to unsuspecting runners.

On Saturdays, the locals feast! And on Sunday, which is actually the Entroida day (the preliminaries are just way messy and fun) is when men dress up as Peliqueros, spiritual beings that make the purification process more possible.

That’s why when these Peliqueros beat you up with whatever they’re carrying, you just have to let them. But don’t worry; it’s not THAT painful. And they can also have the choice of barging inside houses and stuff their faces with food. Families should not have a say… they just let them be. I must say being a Peliqueros is fun! Or is it? I wanted to sign up as one.

Toward the end of the Entroida, another painful part of the festival commences—the mud fight. This is known as the Farrapada. Mud thrown at you? Ouch. But you’re going to have so much fun watching them. In the afternoon, the morenos take down the streets. And if you plan to wear a skirt, DON’T! These morenos are tasked to lift women’s skirts… that’s part of the festival. So, no cursing.

The last part of the festival is done by distribution of donkey parts to different people. This is done to rid the bad fortunes they had last year.

Fun, muddy, and painful–that’s the Entroida! It’s their way of celebrating and commemorating. 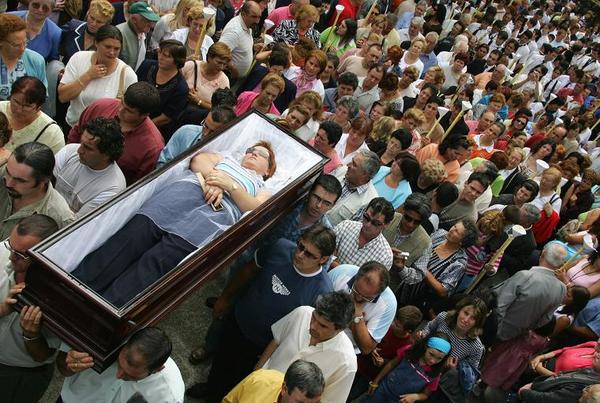 This festival is for those who survived a near death experience. Knock on wood!

In Las Nieves, Spain people who had suffered from near death experiences celebrate Fiesta de Santa Marta de Ribarteme. This festival gives the “survivor” the privilege of being placed in an empty coffin to play dead while people parade on the streets. Where the throng of people are heading? To the small Santa Marta de Ribarteme, known to be the patron saint of resurrection.

The loved ones will give financial offerings to the saint as gratitude. And mind this, stories of those who experienced near death situations are told, and often times they compete with each other.

True, you can say it is a weird festival! I cannot even think of being placed inside a coffin, play dead, and even repeat a very tragic moment of my life.

Spain is one great country to visit. Aside from its lovely destinations, its rich cultural heritage and unique traditions offer a one of a kind experience that you will remember in a lifetime. Try visiting those places while they’re celebrating these weird festivals and let us know your experience!

Definitely Not For the Squeamish! Thaipusam—the Festival of Many Piercing